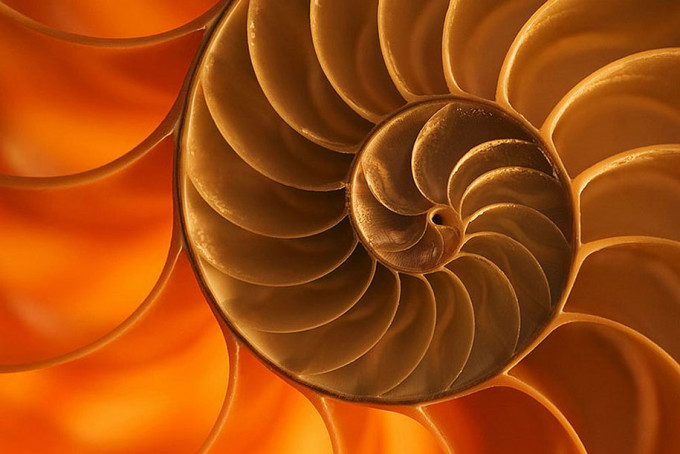 Wonder for the New Year

Everything… everything contains a pattern.

Whether it’s the algorithm behind the beating of a hummingbird’s wing, recurring DNA codes, fractals within crystals and clouds, or the mathematical framework of music, it would seem that nothing stands outside of intrinsic pattern.

That said, there are many phenomena such as chaos, dark matter, and the random dispersal of galaxies throughout space which, so far, seem to elude pattern — if not argue against it.

However, while enjoying several demonstrations of the pendulum wave effect (two of them are below) something occurred to me:  in order to perceive a pattern, one must have a vantage that is above or beyond the phenomenon containing it. In other words, one could not perceive the repetition in a nautilus shell if one were an atom of calcium inside one of its swirls. Nor could one perceive the pattern in the beat of a hummingbird’s wing unless one’s sensory capabilities could process such speed (or slow the speed down in order to perceive it.)

Realizing this made the pendulum wave demonstrations all the more fascinating.

When you watch the examples below, you’ll see periods of striking symmetrical patterns that occur at certain intervals. In between these, however, are motions that appear more random.

Imagine, then, if you were to come upon and observe a system — whether a fiddlehead fern or a universe — during one of these seemingly chaotic intervals. This would make the overarching pattern nearly imperceptible. Then imagine further if the system operated in a timeframe of millions or billions of years — a super slow moving pendulum wave. This would make the overarching pattern even more invisible.

Would you not then conclude that the system (or phenomenon) that you were observing possessed no pattern whatsoever? Believing instead that it held only a collection of objects placed randomly and without any relation to one another?

This got me thinking:

What if we, and all that we’ve discovered so far, are contained within a pattern that is so vast and moving so slowly through a chaotic interval that we simply cannot perceive the grander and majestic pattern behind it?

What if we do exist within the equivalent of a pendulum wave, or the twisting spine of a helix, or the rhythmic vibration of a sonic wave?

Of course the patterns of which I’m speaking do not simply exist “out there.” We, ourselves, are patterns — complex amalgams of coordinated designs. And because we are patterns, we are born to seek, and long to find, the one far greater than ourselves from which we descended and/or of which we are a part — the mother pattern.

We can describe this vast pattern as god or the divine or the sacred source. We can even make assumptions and claim certainty of what lies beyond. But none of this hopeful mythologizing truly solves the mystery. And it is likely that we cannot yet imagine the vast shimmer of which we are a part.

In the meanwhile, claiming to know the details of what we could not yet possibly know will simply get us lost.

But wonder promises to draw us ever closer.

Video #1: This super haunting pendulum of light was set up by a truly gifted and respected science DIYer Brusspup.

Video #2: Though not as crisp as the above demonstration, this “life-size” pendulum wave really brings the effect home in a whole new and emotional way. On top of that, the larger size helps one imagine how much harder it would be to perceive patterns as the scale of the observed objects increase. Read more about its creator, Jeff Goodman, and how he built the pendulum.