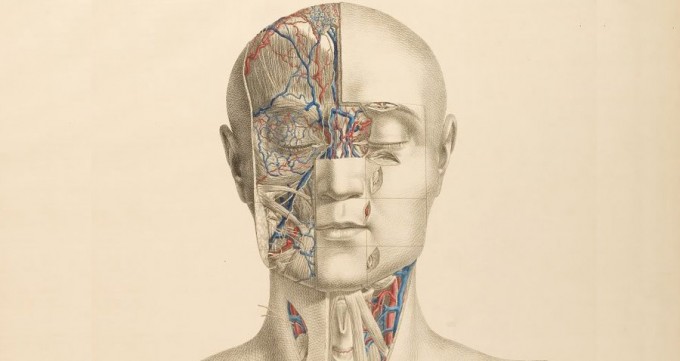 Psychoacoustics is not the study of sound but of how sound is perceived. It is less concerned with how a sound actually sounds than with what someone actually hears. And the divide between these two realities, it turns out, can be astonishingly wide.

“Ultimately, all sound that we perceive is psychoacoustic. As soon as sound passes through the ears, it stops being a physical phenomena and becomes a matter of perception. What we hear is almost by rule different from what is actually sounding, due to the peculiarities and limitations of our hearing. And what we hear can largely differ from what we think we are listening to, due to the many tricks that perception plays on our awareness.”

Here’s just one amazing example of a trick (or strategy) that our brains use in the perception of music.

But first, a brief and painless review of some very basic musicology.

First, as with any sound, each musical note results from a vibration. Or really, multiple vibrations on top of a main vibration. The lowest audible vibration is know as the fundamental frequency. But this vibration also generates several higher vibrations along measurable intervals. These higher vibrations are known as overtones. And while these overtones are not usually perceived by us individually, they are inherently intuitive as they follow a predictable pattern. (Pythagoras brilliantly deduced these patterns known as intervals.) For now, though, just think of several notes from a musical scale being played simultaneously. In addition, how strongly or weakly each of these higher vibrations resonate above the fundamental frequency is what gives an instrument its particular color or voice. The important things to remember, then, are that each musical note is a mix of vibrations occurring at predictable intervals above the fundamental frequency. And it is the consistent “recipe” of overtones that provide an instrument’s characteristic sound color, allowing us to distinguish a trumpet from a violin.

Second, we humans cannot perceive vibrations at every frequency. What we can hear is limited to the audible frequency range. The generally accepted perceptive range for humans is anywhere from 20 to 20,000 Hz with differences occurring individually due to age, physicality, and environment.

But here’s where things get strange:

In the case of the piano, most of us can’t actually hear the fundamental frequency of its lowest note. This note vibrates at a frequency that is beneath our perceptive range (16.35 Hz on most grand pianos).

Now wait just a minute!! you protest. I’ve hit the bottom note on a piano a hundred times and heard it just fine!

Until relatively recently, people assumed that we were able to perceive notes beneath our audible range because we “felt” them instead of hearing them. And while this is somewhat correct, it’s not the whole picture.

What actually happens is even cooler.

Despite the fact that we can only hear the overtones of the piano’s lowest note and not its fundamental frequency, our brain is nevertheless able to anticipate and predict the missing frequency based on the pattern and resonances of the piano’s unique attending overtones. Sort of like when we listen to someone singing a scale and can “hear” the next note in our heads before they actually sing it. Our brain then incorporates this missing “sound” into our perception so that we actually think we’re hearing it with our ears.

How cool is that??

So the gist of all this is that when someone hits the lowest note on a piano, the sound we’re actually “hearing” is really an auditory illusion — a sound partly heard, partly imagined.

This takes the popular phrase, “You hear what you want to hear,” to a whole new level, doesn’t it?

But that’s just the tip of an astronomical iceberg…