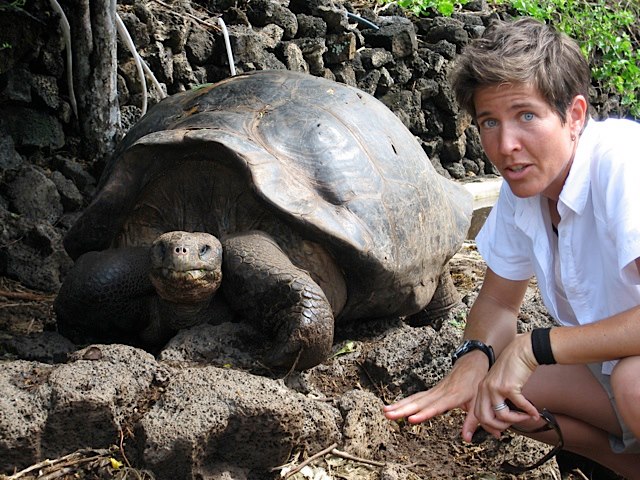 For whatever reason I was infected at birth.

Also known as the Why-pox or The Big Picture Syndrome.

I distinctly remember being in a grade school science class and at the end of an experiment involving bacteria grown on agar, I inquired of our teacher why the bubbles trapped in the gelatinous growth medium had a convex shape rather than the normal bubble round.

I recall how she froze in her tracks and looked at me with a perplexed expression. I assumed this was because the growth medium was tangential to our experiment and therefore not of any concern. I remember shrinking slightly, expecting the upbraiding I normally received when adults became irritated by my “asking too many questions.”

But that wasn’t Mrs. Quigley’s way. Instead, she reached out and held me and said, “Kristen, you just keep on asking why. It’s going to take you very, very far.”

I was stunned. Then elated. And despite the passing of many years, I have never forgotten that moment. My science teacher’s show of support became a touchstone that I secretly cherished and continue to return to even today.

If you’re anything like me, you just can’t help but ask “why.” Or Wonder about things that are far outside the accepted script of normal small talk. For you, it’s far more instinctual to question what others accept as truth or “the way things are” than to just go along with the crowd. And while on the one hand you’re fascinated by the story of how your grandfather rose above his bout with polio, you’re far more obsessed with what comprises a virus, how they arose, what role they play in the larger picture, and what greater purpose they may ultimately serve on this planet — are they truly bad? are they really outside the scope of living things or might they be somehow distantly related? might they even hold a key to the beginnings of life on Earth? And even though others cringe when you share these thoughts, you just can’t let them go.

For example, as a young girl I was raised in a faith that told me how the world began, how it unfolded and operated, and what was my place within it. And despite the fact that I was trained by trusted people in my life to believe what they told me and to not question any of it — I did anyway. Something about it all felt wrong. Wrong in my gut. This inability to follow the status quo drove me to research and seek a larger truth. And through years of study and contemplation I discovered far greater Wonders than anything I’d been taught to believe. This realization made me want to share these discoveries with others. Fortunately, I was not opposed to spending long hours alone in a chair and so the desire to share resulted in my first novel, THE WAY.

For whatever reason, I have to ask Why. I’m compelled to constantly question and Wonder about what vaster and richer truths lie behind our assumptions. And the search is not constrained to one discipline (i.e. science or literature or religion) but rather seeks to draw and relate information among disciplines. Even seemingly unrelated ones. It’s these inborn methods and processes that I inherently trust. And which shape every project I undertake.

So if you were, or are, one of those children who was constantly being admonished for asking too many questions (especially of the “unanswerable” variety) and/or who could not help but dig into “the big questions” that seemed to disturb others, then you’ve found a home.

Wonderchews can be thought of as a way to honor and extend Mrs. Quigley’s advice and to share some of the fascinating material from a current project and a lifetime of seeking.

So come on in and have a look around, fellow Wondernaut. I’m very glad you’re here.