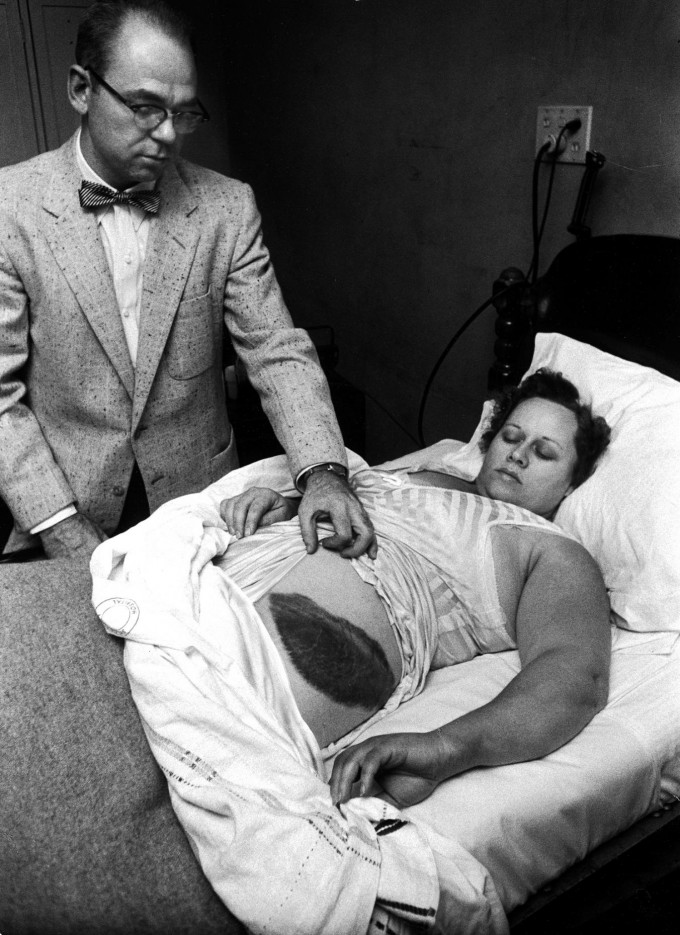 The Sky Is Falling!

Remember all the abuse Chicken Little took for warning his friends? Well, turns out he was right.

In 1964 on a clear winter’s day in Sylacauga, Alabama, a woman settled onto her couch, covered herself with quilts and fell asleep. Not long after, an 8-pound chunk black rock crashed through the ceiling, bounced off a cabinet radio, and hit her in the thigh.

The event crowned Ann Hodges with the grand title: “Only Person Known To Have Been Struck By A Meteorite” and caused quite a stir the world over. Strangely, no similar incident was ever described in the historical texts of any age. In addition, all modern-day accounts of meteorites striking humans — despite considerable sensationalizing in the press — have so far proven untrue.

But if we focus solely on such dramatic events such as Ann Hodges being struck, the meteor flaring over Chelyabinsk, or the strike that erased the dinosaurs, we are led to believe that we exist at a fairly safe distance from outer space and rarely come into contact with its materials.

Nothing could be further from the truth.

In actuality, we are inhaling, ingesting, and being showered with vast amounts of material from outer space — in the form of space dust — every single day.

Yes. Otherwise known as cosmic dust or micrometeoroids, this charmed material (composed mostly of metal and mineral atoms) travels through interstellar space for billions of years until eventually, by fate or chance, it passes through our atmosphere and comes to rest on Earth.

“The fragments are either remnants from the solar system’s formation, or they are produced by collisions between asteroids or comets from long ago,” says Diego Janches, who studies micrometeoroids at NASA’s Goddard Space Flight Center.

But just how much are we talking? you might ask.

The amount has been variously calculated over the years. And it’s obviously not an easy task. The most recent and well-supported estimate, published by scientists in the Journal of Geophysical Research, is:

And while virtually invisible space dust doesn’t attract headlines or fire our imaginations like blazing flares and sonic booms — or even Chicken Little’s acorn — I would hazard a guess that the scale of its impact is far more massive and wondrous than realized.

Whether through fertilizing plankton, seeding rainclouds and soil, streaming through cells and bloodstreams, churning its way into DNA, or having other yet-to-be-discovered effects, there can be no doubt that the materials of outer space are continually insinuating themselves into life on this planet in ways we’ve barely begun to understand.

And while these effects don’t provide dramatic photo ops such as the football-sized bruise on Ann Hodge’s hip, they are nevertheless worthy of our attention and awe — and investigation.

Who knows what we’ll discover?

I’d be bold enough to predict one thing. That at some point in the future, we’ll have to update Carl Sagan’s famous quote from:

“We are made of star-stuff.”

“We are being forever re-made of star stuff.”

Just pause for one moment and think about what that might mean.

And all because, as a fluffy yellow chick rightly pointed out, the sky is falling.