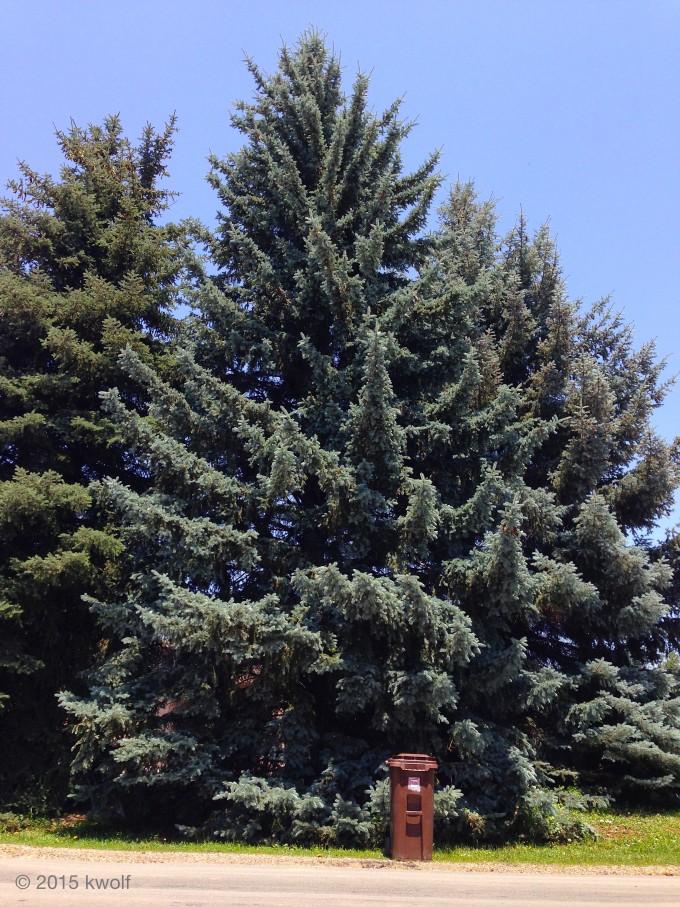 So this morning I was hard at work writing.

When came the sudden urge for distraction.

Rather than fight the feeling, I did what I believe every committed author does.

I took out the garbage.

I’d only made it about halfway down the driveway when I heard loud and crazy screeching.

All of it coming from within a giant blue spruce tree.

It was then I saw dozens of birds zipping in and out of its branches. And not just one kind, but multiple species including robins, magpies, goldfinches, chickadees and even a tanager.

I knew only one thing could bond that many different species so I dropped the garbage and rushed back inside to grab my iPhone.

I then headed back to the tree.

Just as I snuck under its shadow, there was a sudden explosion.

And something swift came hurtling from the branches.

Startled, I lifted my iPhone and pressed the shutter like crazy.

It all unfolded so fast in glaring sunlight that I honestly didn’t see a thing.

But when I got back inside, and could see my screen, I saw what drama had unfolded!

There in the photos was cause of the birds’ upset — a Cooper’s hawk. The notorious hunter of songbirds.

Carrying, I think, a recent hatchling.

Funny enough, I could see how the spectacle was not entirely unrelated to what I’d been writing about just moments prior, namely, the phenomenon of symbiosis.

In some sense, the songbirds’ cooperative behavior reflects a similar tendency whereby disparate organisms are drawn into an intimate integration. Sometimes to the point where the boundary between individuals vanishes completely.

And come to think of it, this is also not unlike the action behind the immune response — an ancient event as common in microbes as it is in complex organisms — where different types of cells band together in an attempt to ward off a harmful intruder. Their diverse actions uniting into a singular system.

Clearly the tendency toward cooperation occurs in far more circumstances than hawk intrusions.

And is definitely worth exploring in depth.

However, I think I’ve milked this morning’s distraction for all its worth.

And besides, I still have to finish taking out the garbage.