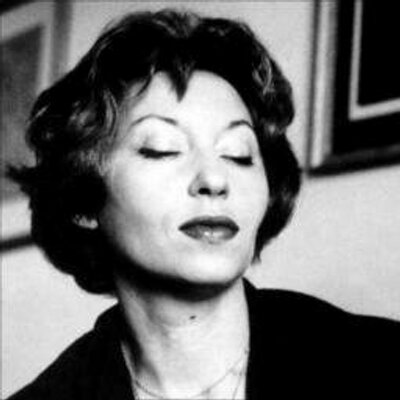 Stumbling Upon a Soulmate

Don’t you love those moments of kismet that lead you right into the presence of someone you’ve been desperately seeking?

And I’m not referring to a romantic interest.

But to someone whose work ignites you. A kindred spirit.

You know the experience:  You’re off and running, going about your day when–suddenly–you screech to a halt. Your attention hooked. Drawn by some subtle but alluring aspect of a painting, performance, book, poem, song, idea.

Whatever the medium, its vision compels you. Your skin sparks with instant recognition.

You disappear for a moment to immerse yourself. And it’s at this point that you feel the artist taking residence inside you. Speaking a secret and arcane language you’ve waited your whole life to hear.

That’s exactly what happened to me the other day. And I want to tell you about the encounter in case the cause of it might bring you the same thrill.

Needing a break from writing, I headed out for an afternoon walk. After a bit of wandering I realized that my favorite bookstore (192 Books) was close by.

I hesitated, though, because I’d only begun to stroll and didn’t want to be laden down with books.

But something wanted me to go. I could feel it.

So I decided to just pop in for a moment and browse.

Inside, I approached a side table. Skimmed the covers. Read some reviews. Accolades. Then lifted a plain and academic-looking book entitled, A Breath of Life.

Stamped in the lower corner, in small type, was this dubious praise: “One of the twentieth century’s most mysterious writers.” —Orhan Pamuk.

Huh, I thought. I wonder what all the mystery’s about?

Enticed, I split open the pages. And that’s when I met Clarice Lispector.

In an instant, her words and her way had me by the throat.

I gaped. Who in the hell was she and why didn’t I know about her??

Taste some of the first lines I read. If they hook you as they did me, read on!

I must be legible almost in the dark.

I live losing sight of myself. I need patience because I am many paths, including the fatal dead-end alley.

These fragments of book mean that I work in ruins.

And tomorrow I shall once again have a today. There is something painful and pungent about living the today. The paroxysm of the highest and sharpest note of an insistent violin.

The difference between me and Angela can be felt. I cloistered in my narrow, anguished little world, not knowing how to leave to breathe in the beauty of what’s outside me. Angela, agile, graceful, full of ringing bells. I, seemingly bound to a destiny. Angela with the lightness of someone who has no end.

This is a fresh book–recently emerged from nothingness.

A butterfly is a petal that flies.

Living is an act I did not premeditate. I blossomed from the dark.

But it is disrespectful–and probably unhelpful–to amputate her work in this manner. Because, as I’ve discovered, it’s the full-body immersion into her particular rhythm and headspace that crushes.

You can’t just “skim” Clarice. Or read casually. At your whim. You either jump into her dark lagoon with all your clothes on, or you cling to the shore.

Reading Clarice strikes me as similar in feeling to listening to the music of Björk. Another artist whose intensity requires–and demands–full attention. The experience is difficult at first. Almost painful. You have to attune yourself to an almost unnatural frequency.

But the effort is oh so worth it.

As one reviewer said: “Reading Clarice is mad love… [Her books are to be] read in the quiet of yourself… when you’re ready to receive intensity.”

And another: “Be careful with Clarice. It’s not literature. It’s witchcraft.”

I couldn’t have said it better. Clarice is a literary witch. A wizard wielding words. She knows obscure spells. And casts them slant. Each more beguiling than the next.

If you fall under their effect, that is. And not everyone does.

This literature is not for everyone: even certain highly literate [readers] have been baffled by the cult-like fervor she inspires. But for those who instinctively understand her, the love for the person of Clarice Lispector is immediate and inexplicable. Hers is an art that makes us want to know the woman; she is a woman who makes us want to know her art. Through her stories we can trace her artistic life, from adolescent promise through assured maturity to the implosion as she nears—and summons—death.  —Benjamin Moser

What became immediately apparent when I started reading is that Clarice wrote solely for one person–herself. She was beholden to no preconceptions. Required no one’s approval. Met no one’s needs. Her writing, as she herself said, was purely this:  ?  The eternal why. The urgent itch to know. To uncover.

And this urge in her was exactly what I’d been craving. I’d been wanting as of late to find a writer who didn’t just step outside the box, but who had no idea there was even a box to begin with. Who didn’t make commerce with expectations. Someone with a wholly unfamiliar but effective technique. Who approached life with a raw mysticism that simultaneously embraced knowledge and experience. Someone who felt keenly the sweet and terrible ache of life and was not afraid to approach and stand before its presence.

And in walked Clarice. Entirely unknown to me despite being one of Brazil’s most cherished writers.

Because it seems impossible to cleave her art from the haunting circumstances of her past, here is a bit of biography:

She was born to a syphilitic mother in minus 20 degrees in the Ukrainian village of Chechelnik, a region famous for its Jewish mystics. Her elegant, intellectual mother had been raped and infected by a gang of Russian soldiers in one of the pogroms that killed 250,000 Jews that year in Ukraine.

“According to the folk superstitions of the remote area where they lived,” writes [her biographer] Benjamin Moser, “a woman with syphilis could be cured by pregnancy. And so that is what her parents did.” Lispector was created to save her mother, but for her first nine years she was forced to watch her exiled parent dying painfully before her eyes.

On their balcony in Recife, Brazil, where the family had fled in 1922, Clarice enacted little plays to keep her paralysed mother awake – and to generate a miracle. The cure failed, but Lispector never lost the habit of telling stories that might repair a traumatised world through the mystic means of her ancestors, even though the horrors of her childhood would alienate her from the world of others, making it always difficult for her to connect – most notably during her stifling years of marriage to a Brazilian diplomat, living in Naples, Bern, Torquay and Washington. (Nicholas Shakespeare)

Though she actively avoided publicity, Clarice did give one TV interview. In February of 1977 she arrived at the station for TV Cultura in São Paulo to appear in a program about film. However the station manager was apparently feeling brave and asked if she would also provide a personal interview. Normally she would have refused. But for some reason, on that day, she said yes.

And left us to ponder this moment of deep intensity.

Later that year, the breath of life–of which she was still writing–left her.

← The Virtual Is Real

From Cell to Orbit →