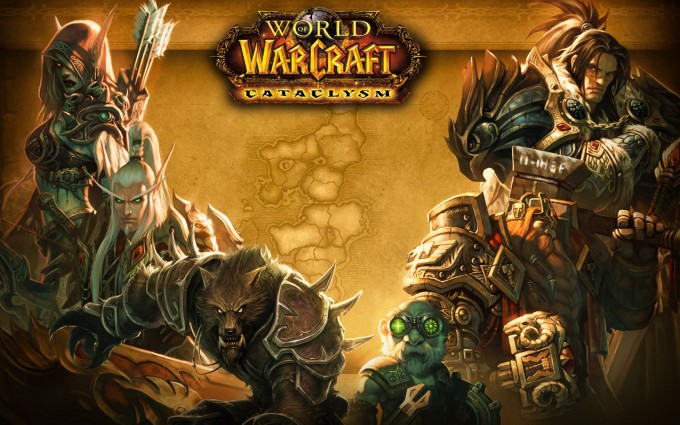 The Virtual Is Real

People around the world have collectively spent 5.93 million years playing the computer game World of Warcraft — almost exactly the amount of time we’ve spent evolving as a species.

I found this staggering number in Jane McGonigal’s mind-opening book, Reality Is Broken – Why Games Make Us Better and How They Can Change the World.

“It sounds impossible, but it’s true: if you add up all the hours that gamers across the globe have spent playing Wolf of Warcraft since the massively multiplayer online (MMO) role-playing game (RPG) first launched in 2004, you get a grand total of just over 50 billion collective hours — or 5.93 million years.” **

Setting aside for now judgments as to the relative merit of video games, what is simply profound about this phenomenon, this reality, is the sheer amount of time that collective human effort can now achieve.

Think about it:  Nearly 6 million years of effort achieved in only 10 year’s time!

That sort of a timescale isn’t ordinary human time, it’s deep time. It’s a frame of reference that extends far, far beyond any individual life or historical period. It’s a timescale that applies to grander motions — the evolution and extinction of species, the formation of mountain ranges (and the entire Grand Canyon), the coming and going of multiple ice ages — the kind of massive events that are nearly impossible to comprehend.

What is also astounding about this effort is that it is collective — spanning boundaries of every kind including age, race, gender, socioeconomic status, language, culture, geography and so on.

Whatever one’s view of video games, for better or worse, this is a serious reality to contend with. And a resource the likes of which humanity has never before seen. Much less wielded.

Given this new reality, McGonigal (herself a game developer and researcher) asks the provocative question:

What if all this effort and all these hours were harnessed not solely for taking actions in virtual worlds — but in our own?

In other words, what if games were developed not only to defeat fantastical enemies but to tackle real-world enemies such as starvation, disease, social isolation, illiteracy, lack of water and so forth?

What a compelling reframe of the issue!

To me this is a powerful example of wondernaut and “what if” thinking.

And the idea is not as crazy as it sounds when you consider the logic:

“Game developers know better than anyone else how to inspire extreme effort and reward hard work. They know how to facilitate cooperation and collaboration at previously unimaginable scales. And they are continuously innovating new ways to motivate players to stick with harder challenges, for longer, and in much bigger groups. These crucial twenty-first-century skills can help all of us find new ways to make a deep and lasting impact on the world around us. Game design isn’t just a technological craft. It’s a twenty-first-century way of thinking and leading. And gameplay isn’t just a pastime. It’s a twenty-first-century way of working together to accomplish real change.”

During the final hours of 1999, I remember watching the celebration of the new millennium on TV. The broadcast followed the sunrise as it crept around the world, carrying with it the first morning of year 2000.

I remember feeling so choked up at the sight of millions of people — from every country, culture and creed — as they lit and rung the globe with pageantry and exuberant cheers.

And I remember thinking, “This is the first time ever in the history of humankind that the entire world is not only celebrating the very same event but — because of technology — is aware of, and able to see ourselves doing so simultaneously and in real-time. My god! What would or could happen if this sort of communal awareness and shared effort occurred more often??!!”

Well, maybe now it can. In chunks of 6 million year’s worth of effort. A span that provided enough time for us to overcome limitless obstacles and rise to our feet in the first place.

So maybe, just maybe, it will prove enough time for us to rise up again. And begin a whole new adventure. Into worlds and efforts we have yet to imagine.

If you’re still doubtful or think it’s a lunatic idea, give McGonigal’s book a read — or just try imagining the ways you could change the lives and endeavors you care about with this new possibility, this new resource at your disposal.

It’s certainly a potential worth the wonder.

Stumbling Upon a Soulmate →