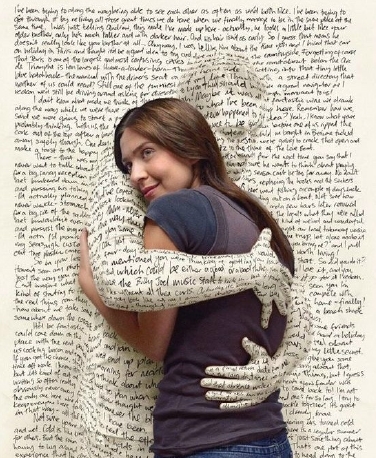 If you think children spending time on the computer instead of reading books signals the end of civilization, you might be shocked to hear what Socrates thought about the written word.

Growing up in my family, reading was sacrosanct.

To this day I count the activity among my most favorite — both as entertainment and as a source of enrichment and learning.

In fact, life without the written word would seem alien and barren.

But we have only to travel back a few thousand years to find our world devoid of this beloved pastime.

And though the arrival of reading and its twin, writing, would eventually alter every aspect of civilization, it’s important to remember that they are relative newcomers to the scene and would have seemed utterly bizarre to our ancestors.

In her book Proust and the Squid, professor Maryanne Wolf, explores the cultural and biological upheavals humanity experienced as it began to shift away from its well-established oral tradition and embrace a whole new way of communicating — one based on a written alphabet.

Just imagine how dramatic the change!

Up to that point daily culture relied on information being passed from mouth to ear — one person telling another.  This form of oral communication required direct person-to-person contact, intense powers of memorization, keen improvisational skills, as well as quick wits and a razor focus if information were to be shared accurately and efficiently.

Then, suddenly, a whole new way of retaining and sharing information arose and a transformation began.

And while Wolf’s descriptions of the changes brought on by this shift are fascinating, (changes not only within the culture but within the human brain itself), what I learned about it that shocked me the most was how Socrates had reacted.

In examining written language, Socrates took a stand that usually comes as a surprise:  he felt passionately that the written word posed serious risks to society.

— Maryanne Wolf, Proust and the Squid

I had no idea the famed philosopher feared the written word.

His three main objections are provocative:

1) The written word is inflexible.

Whereas oral speech was a living, dynamic entity, Socrates thought of written speech as “a dead discourse.”

Words delivered orally, he explained, contained rhythms, melody and sound and their content could be repeatedly unfurled, considered, and challenged real-time. Written words, on the other hand, were dead on the page and “could not speak back.”

One could not truly know something, he believed, until it was absorbed and argued with via oral discourse whereas the less rigorous and unilateral act of writing allowed for, at best, a superficial understanding.

At one point, Socrates compared pages of writing to beautiful paintings that at first glance appear lifelike, but:

“…if you question them, they maintain a majestic silence. It is the same with written words: they seem to talk to you as though they were intelligent, but if you ask them anything about what they say, from a desire to be instructed, they go on telling you just the same thing over and over again forever.”

2) The written word would destroy memory.

During the time of Socrates, a proper Greek education involved internalizing tremendous amounts of information that could be orally presented and explored at a moment’s notice. Such feats of memorization were in of themselves considered vital to the development of a mature intellect.

But, Socrates warned, if information was written down, who would make the effort to memorize and recall anything? And without undergoing this effort, who would ever truly master and embody knowledge? And what then would happen to the quality of the human intellect? And therefore society at large?

3) Control over knowledge would be lost.

Socrates firmly believed that true learning occurred only when a student received knowledge via thoughtful tutelage. For knowledge absorbed without proper guidance — meaning a relentlessly critical analysis and exploration of its essence — could never result in depthful understanding.

So what troubled him about the written word was that, unlike oral discourse, it could be passed along to anyone without guidance of any kind.

Once a thing is put in writing, the composition, whatever it may be, drifts all over the place, getting into the hands not only of those who understand it, but equally of those who have no business with it…”

Because of writing’s ability to be disseminated without proper tutelage, Socrates feared it would instill readers with a false sense of mastery over material they did not — in truth — fully comprehend.

And, most troubling of all, hiding themselves behind writing’s unilateral artifice, those possessed of such superficial understanding could then masquerade as experts.

Fast forward to today — the journey since that time having not only been recorded into, but driven by, symbols on a page — the warnings from Socrates entirely unheeded.

Looking back we will of course conclude that, on this issue at least, the great philosopher was completely wrong.

But I want to challenge that easy assumption.

Doing so requires looking at the issue not from our current perspective or preferences but from that of deep time. In other words, looking far, far beyond the present moment with an understanding that what we are experiencing now is but a flash in the grand scheme of things.

Stretching forward, then, I can imagine a time when our descendants look back at our books and pages of text and find them intolerably lifeless and cumbersome. Much as we ourselves view stone tablets.

Yes the process of diving into books is a wondrous experience — particularly for those raised with them.

But will this always be the case?

Given the vast array of immersive technologies already available and enthusiastically embraced, I doubt it.

So here’s a crazy thought:

What if Socrates was wrong in the short term but right in the long? What if the written word will prove to be but a short blip in the history of humankind? A tangent. A grand diversion. An experiment with limited success?

Today there are many who argue against the current onslaught of digital media: How it will erode our dignity and our intellect. How it will destroy the complex intimacy of storytelling and myth-making. How it will curdle young minds and imaginations.

I used to think so but I don’t anymore.

Instead I see incredible opportunities and a massive transition awaiting. Not only for storytelling but for an entirely brand new mode of exploration into Life and its mysteries.

Possibly, but consider this:  does not the inherent nature of digital media rectify the criticisms Socrates leveled against the written word? (And here I’m not speaking of the Internet, but of the more immersive realities and multi-sensory-based learning experiences to come.)

First, compared to the inflexible and inert words held on a page, information stored as light is inherently alive and interactive. Not only is it collaborative, it can be instantly broken into its basic components, rebuilt, morphed into limitless forms, and experienced directly through our senses in ways we have only begun to explore. Through it, individuals will be able to achieve the “full-body” expertise Socrates once argued could be attained only through the art of oral recitation.

In short, information stored as light can and will “answer back.”

Second, if you’ve ever watched anyone playing a complicated video game, you’ve seen first-hand the amount of information that must be memorized in order to act. If the game is a complex one the amount of memorization is often voluminous. In the case of fantasy-type games such information is often make-believe, but other applications are teeming with facts and knowledge from history, math, biology and physics etc. But the form of memorization required is not of the rote variety. Rather, it is of the dynamic variety that Socrates spoke of. In other words, the information must be constantly analyzed and re-analyzed and understood in all its facets in order to apply it effectively in rapidly changing conditions. This is an entirely different experience than, say, memorizing a poem by heart. In that situation you need only memorize the information once and repeat it verbatim. Such rote learning will prove highly inadequate, I suspect, in future modes of communication.

Finally, information delivered via immersive and more broadly experienced mediums would seem to answer Socrates’ third concern. In other words, people who are receiving knowledge would be doing so within conditions that guide them, step by step, toward a richer understanding rather than simply being handed written information within a contextual and pedagogical void. It could be suggested that more immersive technologies would ensure that a teacher is always present and a richer, fuller grasp of the information assured.

I’m not considering all this because I believe there will or should be an end to reading. I’m simply saying there is room for other modes of communication… other ways. In fact, they’re happening whether we like them or not. And if Socrates himself was unable to stem the tide, it would seem wise to prepare for change.

And having seen family, friends and children in my son’s school struggle with reading (some for their entire lives), I’ve been forced to consider that many learners and creative minds have been at a severe disadvantage during the Reign of Reading. Words, alas, are not as magical or as potent for everyone as they are for some. For some, in fact, they are a true impediment.

So when I step down from my Ardent Reader High Horse and look around, I have to acknowledge the many other styles of learning that people possess that have been starved given the world’s focus on the written word. Which is all to say that a change in how we communicate and learn may have more hidden benefits than we’re able to perceive at this point. Just as Socrates could not perceive or imagine the many benefits of something other than the system to which he was accustomed.

Embracing the possibility of a paradigm shift such as I’m suggesting involves letting go of the attachment to one’s own life and looking at the world through the eyes of deep time. Doing so reveals that we are but a moment. A flash. We and our ways are not the be all and the end all. That is not the action of our destiny. Our story is not ours. It is a continuum. An ongoing telling. A glowing, throbbing mess. That will outlive the best efforts and longest lives of us all.

And someday our kind will either be reading our story… or walking through it.