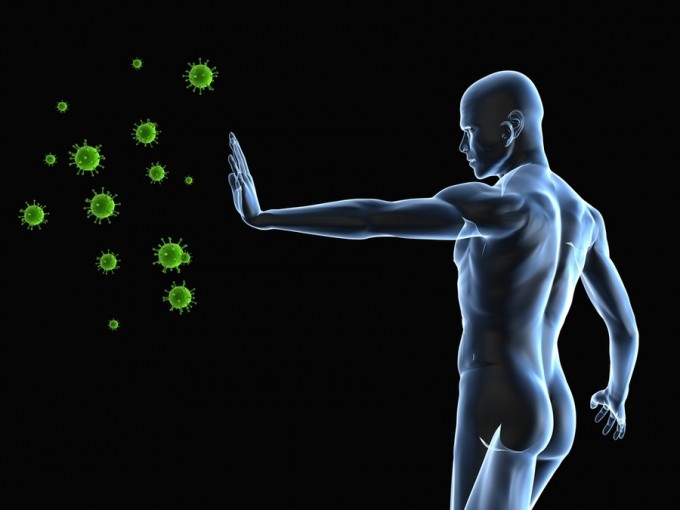 This post could easily have been titled “My Beef With Modern Science.”

You’ll see why in a minute.

I ended the first part of this Chew with two questions:

“Why, given Leeuwenhoek’s discovery of microbes in 1676, did it take so long for us to discover the truth of their proliferation inside us and — why are we so shocked by it?”

Here is my attempt at an answer.

It begins with the dawn of modern science… (hear David Attenborough saying this).

Without going into a lot of history, let’s just agree that modern science began with the scientific revolution in Europe in the 16th century (note however that the word “scientist” wasn’t coined until the 19th century) and that its distinguishing trait is its use of the scientific method — basically an organized approach to gaining new knowledge (or testing previous knowledge) that requires a strong line of reasoning and measurable evidence.

This means that we humans, who are so short-lived on this planet to begin with, have but 400 years of modern scientific investigation under our belts.

Despite the brevity of our explorations, our accomplishments (by human standards anyway) are mind-boggling.

Within the span of just four centuries we’ve leapt from proving that the Earth rotates around the Sun (and not vice versa) to launching satellites that have mapped the entire visible universe, trillions of light years wide.

We’ve also leapt from discovering how a circulatory system moves blood through the human body to editing genes in the human DNA.

(In the adjacent world of technology, we’ve leapt from writing letters with feathered quills to firing emails around the world at the speed of light.)

There is simply no other way to say it: These leaps are pretty fucking amazing. And the virtue of the scientific method inarguable.

It seems small wonder, then, that one consequence of this success has been to have scientists and people in general coming to view the human species as superior to all others.

This widely-adopted belief, stated succinctly, is:

Man is the measure of all things because he is the only thing that measures.

Modern science, therefore, due to its reliance on, and veneration of, measurable evidence has elevated humankind out of the muck and seated us upon a metaphorical throne.

And while this belief undoubtedly contains strains of truth, it nevertheless has brought with it a nasty side-effect:

Encouraging the assumption that the human species is so superior as to be entirely separate. A standalone phenomenon. A species of such intrinsic power that all other life forms wallow somewhere “beneath” and are of lesser relation and consequence (unless, of course, they threaten to make us sick.)

Now I know what you’re going to say. Hey wait a minute! Nobody thinks we’re separate anymore! What about all the recent studies into LUCA (the Last Universal Common Ancestor shared by all forms of life) and the plethora of evidence uncovered by modern genetics proving once and for all that we are all interrelated??

Yes, there’s that. But keep in mind that DNA’s role in genetic inheritance wasn’t confirmed until 1943. So it’s only been a short while that we’ve “had” to face the possibility that we descended from microbes.

What I would argue is that, for us, emotional acceptance lags far behind rationale acceptance.

Think of Leeuwenhoek’s discovery. There was no doubt his discovery of protists was real. And that a universe of tiny creatures living all around us had gone entirely unnoticed. But few hurried to investigate or acknowledge this amazing fact. And even after it was generally accepted, people continued to view the situation with general disgust.

Before we judge too harshly, though, just imagine how it must have felt to the people in Anton’s time to be told suddenly that limitless little critters were swimming inside their water glasses and crawling all over their skin.

Not very dignified for The Measure of All Things!

Is their shock not somewhat akin to the one we received recently when it was discovered that 90% of the genetic material within the human body belongs to creatures other than us?

And is it not possible that, like our predecessors, the unconscious reluctance to “lower ourselves to the level of lesser life” might have played a major role in blinding us to, or at least delaying our discovery of, the reality of the human microbiome?

Even back when Darwin first suggested that humans were not a standalone phenomenon, hypothesizing in his 1871 book The Descent of Man that all humans are a single species descended from the same ape-like ancestor, he was met with outrage. Leading the famed scientist to lament in one of his notebooks:

“Man in his arrogance thinks himself a great work, worthy the interposition of a deity. More humble, and I believe true, to consider him created from animals.”

In Darwin’s time, as now, the mere suggestion that the great and mighty human being might have evolved from earlier forms of life (much less be comprised of them) threw people into fits of disbelief and resistance.

Yes, there is more talk now about the interconnectedness of life on Earth. And how we are All One.

But I would argue that this is more lip service than true visceral acceptance. Even for many scientists.

Maybe, then, it’s time to do some soul-searching. And find out where you stand.

Because, after all, there are a lot more Leeuwenhoeks and Copernicuses and Darwins at work today whose discoveries will propel us into realms that at this moment we simply cannot imagine. And which will prove difficult to accept.

And the rate and magnitude of such discoveries will only accelerate.

And though what we learn may knock humans from our pedestal, and/or forever change what we believe ourselves or this world to be, that doesn’t mean it’s bad news. Or reason for despair.

And a true cause for Wonder.

← When “Seeing What You Want” Isn’t Enough