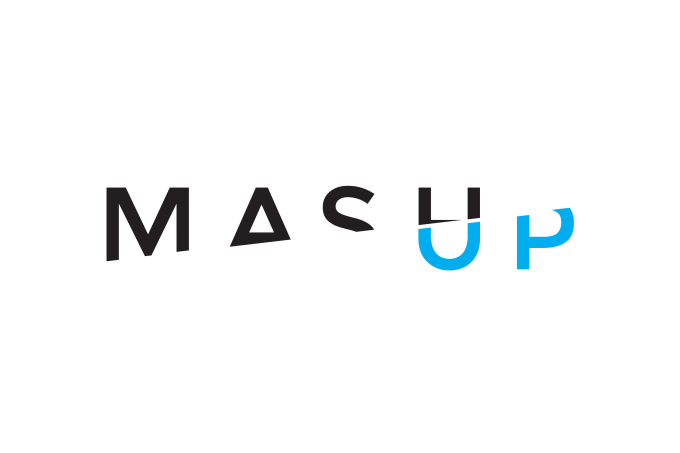 The idea behind a WonderMash is simple:

Marvel at the results.

The inspiration for this idea arrived from two places.

First, a nearby philharmonic orchestra started a summer “Music Mash-Up Series” wherein it performs and compares the music of alternative and classical composers such as Björk and Bartok.

Second, the intellectual pursuit conceived by Hermann Hesse in his final full-length novel, The Glass Bead Game. This esoteric and fantastical Game required its players to draw deep connections between seemingly unrelated topics (such as the note F# and an isosceles triangle) — each concept represented by a glass bead placed in relation to the others. Months and months of careful fusions would result in an abstract network of beads that unified the entirety of human knowledge.

I’ve always imagined playing such a Game with like-minded sorts, so this will be good practice.

The two items in this first WonderMash are…

the Viola Organista and Caitlyn Jenner

Are you rolling your eyes?

Are you thinking, how in the hell could these two items be in any way related??

Well, that’s the challenge. And this presents a good one.

This unique instrument was conceived by the Italian artist and polymath, Leonardo da Vinci. No attempt to build it was ever made during his lifetime.

The sketches for its design were discovered in one of Leonardo’s many notebooks along with comments written in his usual mirror-image script. (The drawings are part of the Codex Atlanticus, a collection that includes over 1,000 of his notes from the years 1489-1492).

Flash forward over 500 years. To when Sławomir Zubrzycki, a Polish musician and instrument maker, decided to try and build the strange musical device according to Leonardo’s designs.

He succeeded — and in 2013 presented the world with its first working viola organista.

(Watch the short video below to learn more about how he did it and to hear the instrument for yourself.)

What is perhaps most fascinating about the viola organista is firstly, its sound. And secondly, its mechanisms.

You will see/hear that the instrument is shaped like a piano and is, in fact, played like one. However, rather than creating percussive tones, the notes arise smoothly as if strummed on a cello.

Its unique sound is accomplished by its amazing mechanisms which work according to perpetually spinning wheels rather than quickly falling hammers.

Seeing Sławomir play, and hearing the sound this instrument produces, is quite fantastical.

And a little disconcerting!

If there is anyone left who doesn’t know, Caitlyn Jenner is the TV personality, spokesperson, entrepreneur and retired athlete formerly known as Bruce Jenner.

In April 2015 she revealed her gender identity as a trans woman in an interview with Diane Sawyer.

Her announcement shocked and bewildered some, thrilled many and drew disgust from others.

Part of what has stirred such a big reaction to her news, as Caitlyn herself acknowledged, is that as result of winning the men’s decathlon at the 1976 Summer Olympics, she’d become a superhero to millions of people and served as a powerful symbol of male strength, athleticism and masculinity.

But what remained unknown to almost everyone but herself was that through all the stunning victories and achievements this global hero had been struggling to face a monumental reality — that she identified as a woman.

For decades, fear that her secret would hurt and disappoint loved ones and fans alike kept Caitlyn in hiding.

(Watch the video below to see how her journey unfolded.)

But at some point in her mid-sixties, Caitlyn realized she couldn’t live the lie anymore.

By bringing her untold story into the world, she has brought to life her most ardent wish — to live her truth in the light of day, openly and fully.

Okay, so if you’re thinking there aren’t any connections between these two topics, see if the following changes your mind.

Connection 1: Both are hybrids, or amalgams.

The phenomenon of the viola organista is, in part, that it is a single instrument which embodies two distinct musicalities and personas — that of the organ/piano and that of the cello.

Caitlyn also shares this trait as she’s a single person who embodies two distinct biographies and personas — that of Bruce, the iconic male athlete, Olympic hero and father of six, and that of Caitlyn, the stylish, forthright, TV personality and budding activist.

Neither entity is comprised entirely of this or that.

Being neither piano nor cello, neither masculine nor feminine, they are single beings that house both. That encompass two realities, two distinctions in tandem.

Connection 2: Both defy our assumptions.

There are pianos. And there are cellos. And that is that.

There are men. And there are women. And that is that.

The truth of the above statements is that neither is true. And in this sense, both items in this WonderMash wreak havoc with our assumptions — inherently thwarting the boundaries imposed by conventional classifications. In so doing, they create something novel and never before seen (or heard) or even imagined.

Connection 3: Both were intentionally hidden and unknown to the world for many years.

Leonardo wrote over 13,000 pages in his notebooks. But he wrote them in code, in a mirror-image cursive. This was clearly to keep his work secret from others. And so, like many of his other inventions, the viola organista came into existence in his mind and then remained unknown to the world for centuries.

Caitlyn, it can be argued, or a phenomenon like her, existed solely in one person’s mind for decades but was consistently and consciously hidden from others.

Connection 4: Fear of being misunderstood or punished kept both phenomenon from public view.

Throughout much of history, societies have commonly adhered to strict classifications: boy, girl – good, evil – plant, animal — and so forth.

Generally speaking, anything that veers from such clarity has been viewed with suspicion.

One of the possible reasons Leonard kept his notebooks secret may have been the risk of drawing suspicion from the powers-that-be (at that time, the Church). After all, many of his speculative inventions blurred normative boundaries and/or challenged strict definitions and could therefore have been viewed as the concoctions of witchcraft — a practice the Church condemned and punished swiftly.

Caitlyn expressed similar fears of condemnation. She has stated that it was the fear of hurting her family and fans — and of destroying their cherished image of her — that kept her from coming forward. It is also likely that the potential for harsh treatment from the paparazzi and the media (which she’d already tasted) played a role in the decision to keep her desires private.

Connection 5: When finally revealed to the world, both phenomena raised eyebrows and uncertainty. However this initial reluctance soon slid into an almost giddy reception.

Regardless of one’s aesthetic or political stance on these two phenomena, their long and arduous journeys into the world, and the passion and effort with which they were manifested, resulted in an unexpected exuberance among onlookers. Much criticism and disinterest as well, of course. But enough acceptance — and outright thrill — to have justified the risk.

This WonderMash actually had more meat to it than I realized! And the two topics seem to have more in common than was at first assumed. Hopefully you think so, too.

If I had to choose the most important thing that doing this WonderMash showed me, it would be the reminder to always welcome challenges to our boundaries. And to forever question humankind’s almost pathological certainty.

Because the truth is, life is messy. And though the human tendency is to categorize the shit out of everything, life and her motions continually resist neat definitions.

Normal is likely no more than an acquired taste. “The norm” but a fabrication.

And so I hope the realizations from this WonderMash will urge me to look more carefully into undefined spaces, into those nooks and crevices of ambiguity, where, perhaps, the most startling creations may yet lie in wait.

(Both videos are worth watching.)

Shortly after posting this entry, the owners of both these videos blocked them from airing on this site. Apparently they don’t approve of the comparison being made?????

If the videos below don’t work for you, you can watch them at these links: