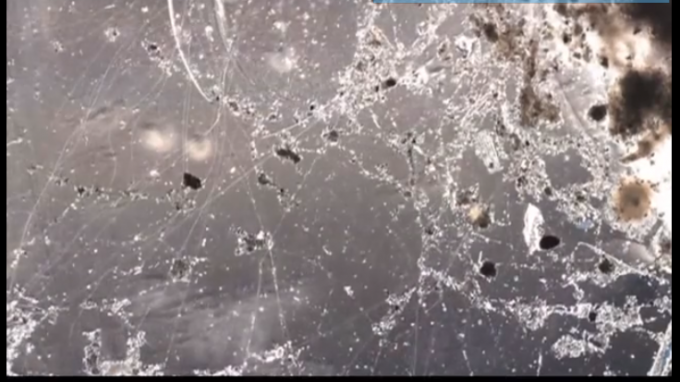 The Aliens Are Here

While we explore the cosmos for alien life forms it’s important to remember that we barely know the ones living among us.

A team recently discovered an organism, here on Earth, that lives by eating and breathing electricity.

It is a mind-boggling discovery.

Firstly, because it seems impossible. (The human equivalent would be sticking our finger into a light socket rather than sitting down to dinner.)

And secondly, because the life forms that do this are, literally, everywhere. In fact, they’re milling in the ground beneath our feet at this very moment.

Yet until recently we had no idea they existed.

“It is truly foreign, you know,” says lead biologist Kenneth Nealson. “In a sense, alien.”

The creatures are bacteria. They live in soil both on land and under the sea. And it’s not just one type, but several, with many more surely awaiting discovery.

These amazing creatures are so ubiquitous that scientists have only to stick bare electrodes into the soil and await their arrival. The bacteria then feast directly on the supplied electrons without needing anything else to survive.

But eating electrons is not the only amazing thing about them.

They’re also able to join together to form impossibly thin cables through which electrons can travel. This complex web of circuitry allows the bacteria living close to a source of electrons to transfer energy to members living in areas where electrons are less available.

But they started doing it long before the words “power” and “grid” even existed.

And what’s even crazier is that we’ve probably all seen these cables ourselves!

Remember being a kid and digging in the dirt and coming across those shiny gossamer threads that bound the soil in clumps? Yup. Without even knowing it you’d unearthed a glimmering network of electric cables. Which just goes to show that the bacteria’s amazing (and alien) feat had been right under our noses all along.

That we’d failed to notice this bizarre form of life should not be viewed as a failing of our scientific ambitions. But should be taken instead as a stark reminder that we, as a species, have occupied this planet for a painfully short amount of time. And that shorter still is the time — painfully short — in which we’ve been exploring it.

Which just makes me wonder what impossible thing we’ll discover next.

(Read more on the discovery here.)

When “Seeing What You Want” Isn’t Enough →