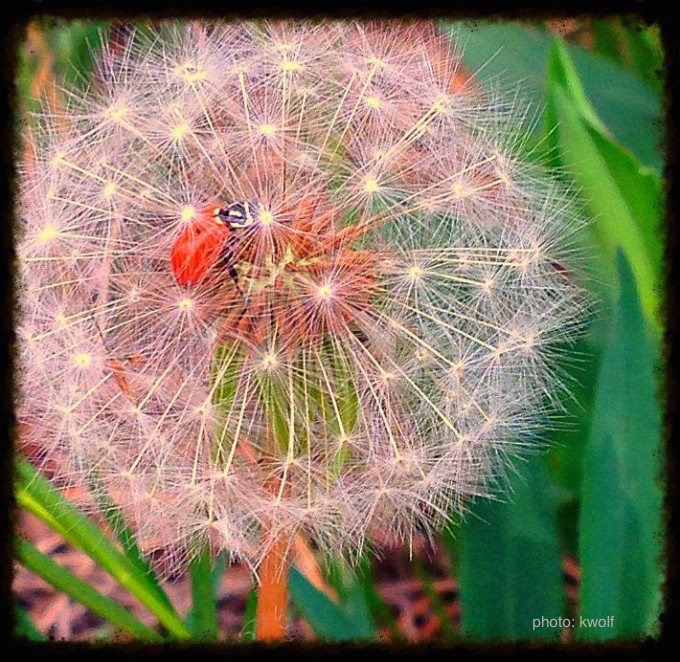 Go to That Place…

I was hiking in the mountains. The sun had just set. Leaving in its wake the glow that amplifies color.

That’s when I spotted the wee polka-dot explorer. Wandering inside an airy scaffold.

I could hardly believe it. And could only imagine how the world appeared through his eyes.

To me it looked as though he had ventured into a sparkling cosmos. My brother suggested an exploding firework. Both of these images suggest the same idea — that the creature had become unexpectedly immersed in a brilliant world beyond his own.

To me, this serves as a powerful metaphor for giving one’s self over to the experience of wonder.

Now, generally speaking, I’m suspect of people and philosophies that suggest we humans can (and should) permanently occupy a mystical state of being. But I also feel that a life devoid of this experience is hardly worth living.

So I’m thinking we let this little lady bug’s journey serve as the guiding imagery for what Wonderchews is all about:

With all we are.

As often as we can.