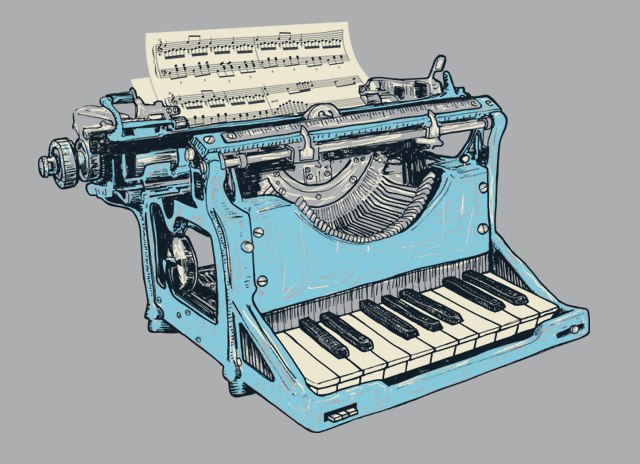 The design is such a spectacular collision of art forms I almost can’t take it.

When I first came across this brilliant sketch, I had no idea it was based on a historic precedent. But it is!

In 1857 at age 21, Samuel W. Francis, a future physician and inventor, earned a patent for a writing machine he called the “Literary Piano.”

An early predecessor of the modern typewriter, this carefully engineered device featured twenty-six white keys that, when depressed, printed onto paper each letter of the alphabet. Depressing the black keys would print standard punctuation marks and other characters. The beauty of the LP’s design was that it freed the typist, or player, to set down their thoughts with the same intuitive ease as when they played Beethoven’s Für Elise.

What strikes me as fascinating about this device is not so much its role in the invention of the modern typewriter but the challenge it wields to our preconceptions.

What the device so blatantly (and beautifully) throws into question is the traditional boundary we uphold between art forms. In this case, literature and music.

And so I have to ask, will our various art forms truly – and forever – be distinct?

← Poem for a Windy Day